Introduction: Dubai is a popular tourist destination, but there are some things to avoid in order to have a safe and enjoyable visit.

If you’re planning to spend your holidays in Dubai, there are a few things you should avoid doing. Firstly, don’t drink and drive – DUBAI’S RULES APPLY HERE! Secondly, don’t take drugs – this city is pretty strict about drug laws and you could end up with a hefty fine or even jail time. Finally, be careful with your finances – Dubai is known for its high prices and it’s easy to get caught up in the lifestyle. You could end up spending a lot of money on unnecessary things, so it’s best to budget your money and try not to spend more than you have.

Don’t drink the tap water: Bottled water is widely available in Dubai and it is recommended that you drink only bottled water.

Dress modestly: In general, women should dress modestly when in public areas. This means covering your shoulders and wearing pants or skirts that reach below the knee.

Public areas are places where people go to relax and have fun. It is important for women to dress modestly when in public so that they can be respected and not objectified. When dressing modestly, a woman should cover her body from the neck down to avoid exposing too much skin. She should also avoid wearing too tight or revealing clothing, and make sure that her clothing covers her shoulders and legs. This will help keep women feeling comfortable and safe in public settings.

Don’t get caught up in money schemes: There are many people in Dubai who are looking to take advantage of tourists. Be wary of anyone who tries to involve you in a money scheme.

Many people in Dubai are looking for ways to make money. However, many of these schemes can be dangerous and lead to financial ruin. If you’re looking to make some extra cash, be sure to avoid getting caught up in money schemes that promise high returns but may not be safe or legal.

Avoid public displays of affection: Kissing and hugging in public is frowned

Public displays of affection, such as kissing and hugging, are frowned upon in many parts of the world. This is due to the fact that it can be seen as rude and may cause discomfort or offence to others. People who are romantically involved often know how to behave in public without making a big deal out of it, but for most people it is best not to make a spectacle of themselves.

Restaurants: Avoid restaurants that are not recommended by locals or expats. Stick to reputable places with good hygiene ratings.

Restaurants are a great way to get out and explore new places, but it’s important to do your research beforehand. If you’re not recommended by locals or expats, be wary of the restaurant. Stick to reputable places that have good reviews. At restaurants, it’s best to stick with the locals. They will be more accepting of your mannerisms and may even help you out if you’re a beginner. If you are dining out with a group of people, try to avoid eating at the same restaurant each time.

Shopping: Be aware of fake designer goods being sold in the markets. Do your research before buying anything expensive.

Fake designer goods are becoming more prevalent in the markets. Many people unfamiliar with the market may not be aware of this and may be tempted to buy fake products thinking they are buying a high-quality item. However, buying fake products can actually be dangerous and costly. When purchasing anything from a market, do your research and be familiar with the different types of fakes available. There are many different ways to identify a fake product and it is important to know what to look for in order to avoid being scammed.

Transportation: Take caution when travelling on the metro during rush hour. Beware of scammers and con artists operating in the city.

When travelling on the metro during rush hour, be cautious of scammers and c. Beware of people who suddenly stand in front of you or block your way. Take the time to review MetroTransit’s safety tips before travelling. Be cautious of scammers and con artists operating in the city. Do not engage, or attempt to interact with anyone who appears to be suspicious (including people waiting for you at stations). If a person gets in your way, try ignoring them until they eventually move on.

Read More: 6 Activities in Dubai Desert to Have Fun With

Nightlife: Avoid going out alone at night, and be aware of who you are talking to in bars and clubs. steer clear of drugs and alcohol altogether.

As the nights get longer and cooler, many people are looking for ways to enjoy themselves. While nightlife can be a fun and exciting experience when done with friends, it’s important to be aware of your surroundings and who you are talking to. There have been several publicized cases of sexual assault that took place in nightlife venues around the country, so it is important to be cautious. Make sure you know who you’re drinking with and what their intentions are before getting too carried away.

Dubai is known for its luxurious lifestyle and offers an array of opportunities for tourists. However, there are some things that tourists should avoid in Dubai to ensure a safe and pleasant experience. Some of the most common tourist traps include scams, theft, and overpriced services. Visitors should also be cautious about taking photographs of government buildings or military installations without prior authorization, as this may result in legal action being taken against them. Finally, visitors should avoid drinking and driving; DUBAI has one of the highest rates of traffic accidents in the world.

What STD Testing Should I Have and What Does it Take?

How can I become Cisco certified? 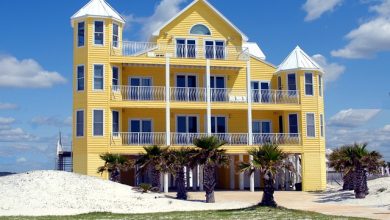 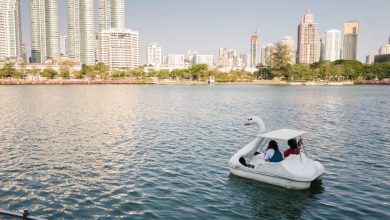 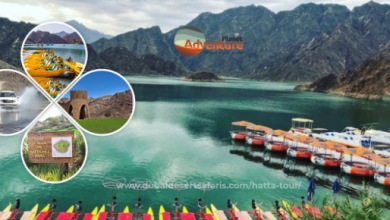